I actually found this kinda funny when I realized it, especially for those of us who watched Pokemon since the beginning. Misty left the anime in 2002 in Japan, and that means by next year in 2022, Misty will have officially been gone from the anime as a main character for 20 years. She hasn't been around now for almost two decades besides brief cameos (like she got in the SM anime), but even those are pretty rare.

Now that Ash has had so many companions in the anime, it's kinda surprising when you stop to realize how short-lived Misty's character in the show really was. The anime started in Japan in 1997 and by 2002 she was already leaving, she was only around about 5 years. I still remember how some people tried to make such a big deal out of Misty leaving the anime, like they used to troll Pokemon forums for years and decades in the early 2000's about her leaving, and in the end none of it mattered since she really did stay gone permanently for the rest of the series.

I'm not really one of those people who cared much when she left since I already lost interest in the anime in the middle of the Johto arc like most original fans, and only got into it again after all the other females like May, etc. were introduced. But it's pretty funny now millions of kids grew up watching the anime long after she was gone over the last 20 years, and that she's only relevant to like 20% of the fanbase now. Oh well

MaShe is getting me this: 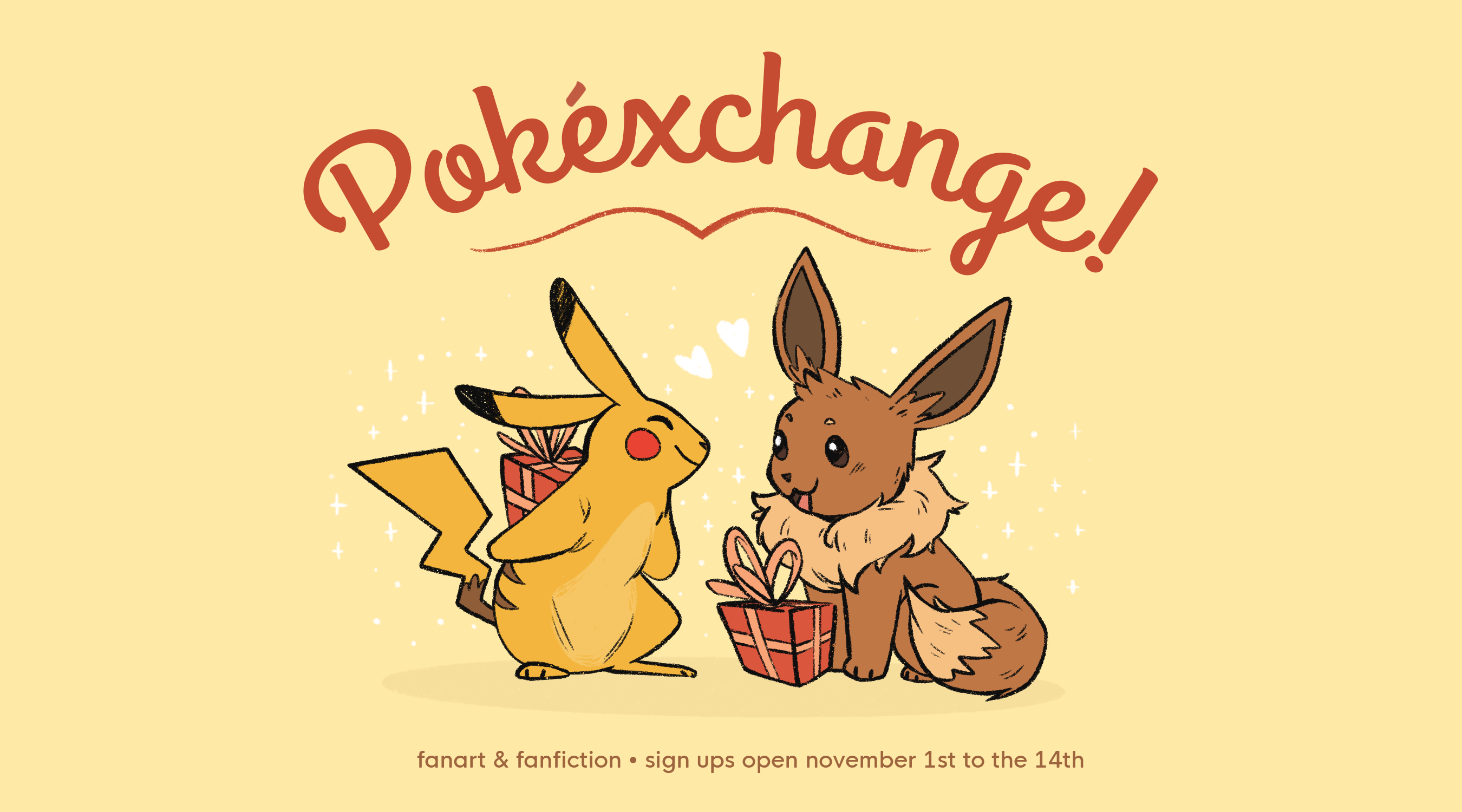 SIGN UPS ARE OPEN for the Pokémon Holiday Fanwork Exchange!

All writers and artists are welcome. Sign up, give a gift, and receive one in return!

We continue to accept fanwork from every area of the Pokémon franchise, including Pokémon Masters and Pokémon Sword & Shield! The exchange is run on AO3, with Dreamwidth and Twitter updates.

Please help us spread the word, we'd love lots of people to participate this year! You can reblog our ads on Twitter, Tumblr, and Pillowfort!

{ Right this way over at Dreamwidth }
I can't find a story I read about Ash/Alain but what I remember is that Ash is in Alola and has Nebby, who teleports Ash to Ten Carat Hill in the middle of class and he lands on top of Alain who was in Alola during research of some kind. They aren't together during the beginning of the story but Ash has a crush on Alain for sure.

The Johto seasons ended in Japan in 2002. That means this November it's officially been 16 years since it ended, and of course the permanent end of Misty as a main character and the original trio. Of course Misty got a few returns in the series, but as a main character she really did stay gone for good since the end of Johto for the entire duration of the series.

It's funny how almost 20 years has passed since then, it certainly doesn't feel like it. I guess not enough people really cared when Misty originally left to get her back in the series, so she stayed gone when May was introduced and became one of the most popular characters, and then we went on from there with every new companion. I heard Takeshi Shudo said he removed Misty because he felt she was the least justified character of the original cast and wasn't a particular good female character, lol.

Hello all I’m Chris, I have been binging the pokemon anime on netflix and stuff so i still really looking to RP Pokemon again, and am still desperately looking for people! Specifically, I want to write m/m gay as heck stuff for it again!

I have a plot in mind, and i’m looking for certain male canon trainers to play against, Ash Ketchum from the anime being the biggest one, but i’ll happily take some of the game characters too. I’d want to either play an OC of mine or one of my own canon muses that i can discuss in detail in private!

Please drop me an e-mail at Granis25@gmail.com or PM this journal and i'll give you my IM contact info.

I decided to write a fanfiction about Red's story: of how he became the champion, but with a darker and more realistic setting. I found that the original game mechanics would work better if I were to change them, so you'll be in for a surprise for the later chapters of the story, since I've gotten an original take on it and modified them to my liking.

So far, only the first chapter has been released. I would appreciate if you were to check it out and offer any feedback on any improvements that could be made.

(If you're feeling kind, please help us advertise by
reblogging on tumblr, or
retweeting on twitter!)
Collapse